Instructions for the Immortal: Or What to Do If You Still Die 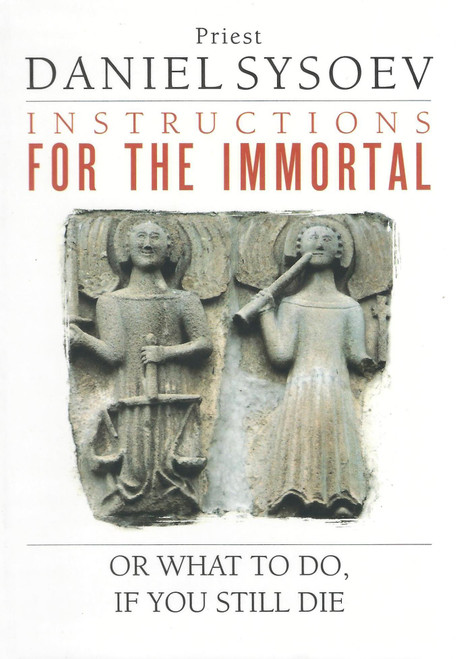 Instructions for the Immortal: Or What to Do If You Still Die

Unfortunately, since Adam and Eve, death has been everone's fate. Although unfortunate, abnormal, unnatural, and contrary to what God intends for us, death becomes something of a second nature for us, something that the Lord had defeated with His Resurrection. However, he did not commit the cruelty of giving us an immortal life now, while we are still in corrept bodies. Rather, he granted us Resurrection in immortal bodies. The very same ones, but immortal. One can understand why the Lord did not grant us eternal life right now.

Do You Know Yourself? Psychological Problems and the Spiritual Life

A Service of Supplication Before Beginning The Instruction of Children

A Sobering Book: Explanation of Ecclesiastes

The Mystery of the Trinity in Simple Language

Explanation of Selected Psalms Part 1: Blessed is the Man