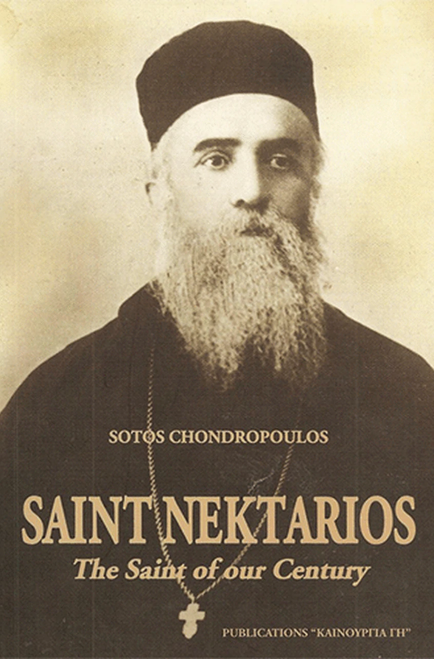 Translated from the Greek, this narrative biography written by a well-known Greek novelist is now back in print in English. It is the most popular biography of St. Nectarios available. Contains color and b/w photographs.

St. Nektarios was born in Silyvria of Thrace in October 1, 1846 and gave up his soul to the Lord in November 8, 1920 at an Athens hospital. His baptismal name was Anastasios; the name Nektarios was given to him when he was ordained a deacon. In 1886, after the completion of his studies, he returned to Alexandria of Egypt where he was ordained Archpriest of the Metropolis of Pentapolis. His philanthropic deeds, the love of his flock and his saintly manners that began to manifest themselves gave rise to jealousy and slander. As a result, he was expelled from Alexandria—an unjust act that caused him great suffering. He arrived in Athens where he was treated with distrust while new tribulations, sorrows, and afflictions started to invade his life. However, nothing could extinguish the fire that his burning heart had for love towards Jesus Christ and towards his fellow-men. During the last years of his life, he established the convent in Aegina, where he was also entombed. Thus, his exemplary life left an unfading mark in the twentieth century; that of humility, perseverance, wise silence, and hope. In other words, the mark of saintliness.

The Synaxarion: The Lives of the Saints of the Orthodox Church (Complete 7 Volume Set)

The Blessed Surgeon: The Life of Saint Luke Archbishop of Simferopol