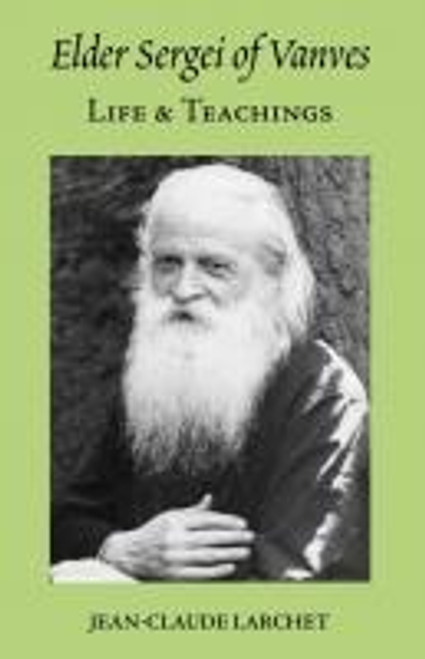 Elder Sergei of Vanves was one of the most charismatic figures in 20th-century Western Europe, yet until now, little if anything has been written about him in English. He was a man in whom the holy traditions of Old Valaam meet the contemporary, post-Christian West. He was a spiritual father to several great luminaries of 20th-century Orthodoxy, including Vladimir Lossky, Nicholas Berdyaev, and iconographer Monk Gregory (Krug). Born in 1903 in the Netherlands, Elder Sergei spent the majority of his life in France, yet he was very much immersed in the radiant spirituality of the Orthodox East. He had been the spiritual child of Igumen Chariton, who was the last abbot of Valaam (before it was closed by the Communists) and the compiler of the classic work, "The Art of Prayer." Elder Sergei was also in direct correspondence with Saint Silouan the Athonite and took to heart the Saint's last words to him: "Go and tell the people as much as you can: Repent!" Elder Sergei spent his life in a post-Christian country where strugglers for Orthodoxy were few, and indifference to religion was great. His counsels to his spiritual children who lived in our secular Western society are of great benefit to us today, as he bears living witness to the traditions of the Fathers in our own context. He reminds us that God is not an optional part of our lives; if we want to live, we can no more stop praying than we can stop breathing. He teaches us that though our modern world offers us many conveniences and comforts, though modern psychology can do much to alleviate our psychoses, there is no reason for our existence apart from God, there is no reason to heal our psychological wounds if there is no God, there is no reason to live life if there is no eternity.