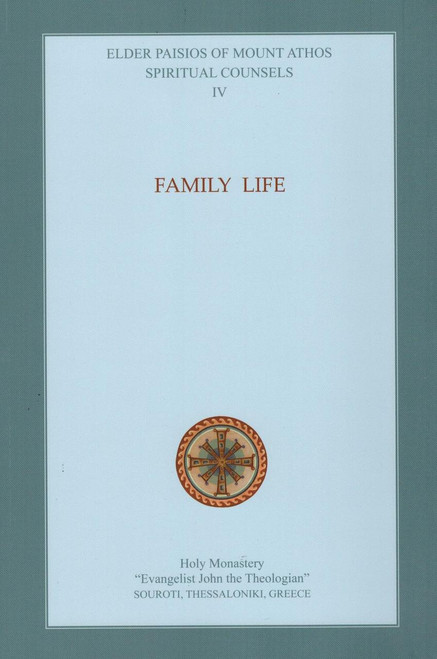 This is the fourth volume of the series 'Spiritual Counsels of the Elder Paisios of Mount Athos'. It is divided into six thematic parts. Each part is subdivided into chapters and every chapter into sections with the approprite subheadings; • Part 1 Supporting the Family • Part 2 Parents and their Obligations • Part 3 Children and their Obligations • Part 4 Spiritual Life • Part 5 The Trials in our Life • Part 6 Death and the Future Life.