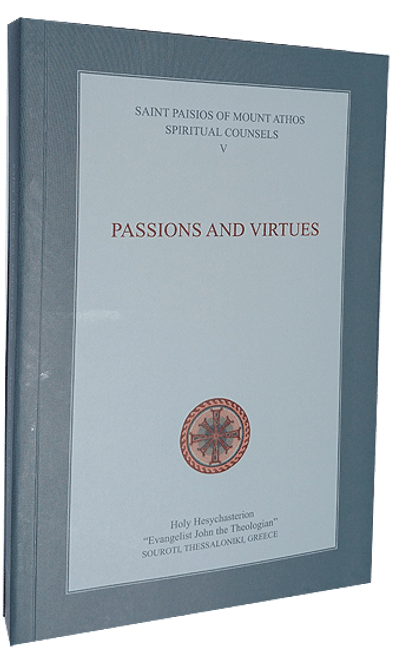 This is the fifth volume of the series 'Spiritual Counsels of the Elder Paisios of Mount Athos'. It is divided into two sections with 4 thematic parts each. Each part is subdivided into chapters and every chapter into sections with the approprite subheadings; • Section One: The Passions • Part One: Self-love, the Source of the Passions • Part Two: Pride, the Root of Evil • Part Three: Condemnation, the Great Injustice • Part Four: The Children of Self-love and Pride • Section Two: The Virtues • Part One: Humility, the Singular Virture • Part Two: Spiritual Love • Part Three: Nobility and Philotimo • Part Four: Children of Love and Humility • Epilogue: The Good Restlessness