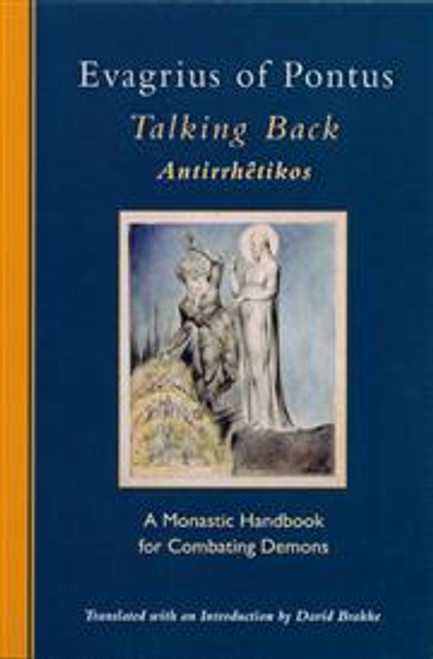 How did the monks of the Egyptian desert fight against the demons that attacked them with tempting thoughts? How could Christians resist the thoughts of gluttony, fornication, or pride that assailed them and obstructed their contemplation of God? According to Evagrius of Pontus (345–399), one of the greatest spiritual directors of ancient monasticism, the monk should talk back to demons with relevant passages from the Bible. His book Talking Back (Antirrhêtikos) lists over 500 thoughts or circumstances in which the demon-fighting monk might find himself, along with the biblical passages with which the monk should respond. It became one of the most popular books among the ascetics of Late Antiquity and the Byzantine East, but until now the entire text had not been translated into English. From Talking Back we gain a better understanding of Evagrius's eight primary demons: gluttony, fornication, love of money, sadness, anger, listlessness, vainglory, and pride. We can explore a central aspect of early monastic spirituality, and we get a glimpse of the temptations and anxieties that the first desert monks faced.

The Monastic Rule of Iosif Volotsky

The Celtic Monk: Rules and Writings of Early Irish Monks

A Manual for Coenobitic Monastics

How to Live According to the Faith

Thoughts and how to confront them